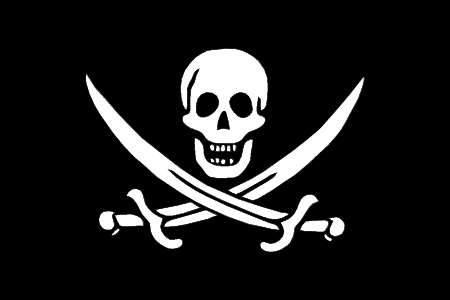 I wish I could say this nonsense was new, but it's not. Admittedly, it seems more extreme than I've seen it in my lifetime, but it's always there to one extent or another. Satanists, drugs in Halloween candy, Communists, Terrorists, you name it, someone you know is terrified of it. The one I especially love (maybe because it brings back a sense of nostalgia from when I was a kid, then later as a teenager) that's starting to make the rounds again is "This is the beginning of World War III!"
Good stuff right there. Yeah, there are big bad scaries out there. There are genuinely dangerous things, but if we're going to put it all on the table if you live in the Western world your commute is a greater risk to your life than, well, anything on your terror list. Your obsession with fear, at least in my eyes, amounts to damn near the same obsession that teenagers tend to have with their XBox. You're bored with your life, you need to find a cause, and that cause is scary things that scare you.

A Gift From Me To You

Maybe I'm punchy from daylight savings time. Maybe I'm riding high on endorphins from my leg workout. Maybe it's cause my dog is silly and made me laugh, but I've been moved to give you all a gift should you choose to take it.
All you have to do is follow these three simple steps (follow it closely so as to avoid becoming confused):

Read and digest the following: Joey Ramone was suffering from lymphoma at the time he recorded Step 2, and dead by the time the world got to hear it.

I don't care if you don't like punk rock. Just push play and listen. It's only 3 minutes or so of your life to sit and reflect.