The Indian Or The T-Bird 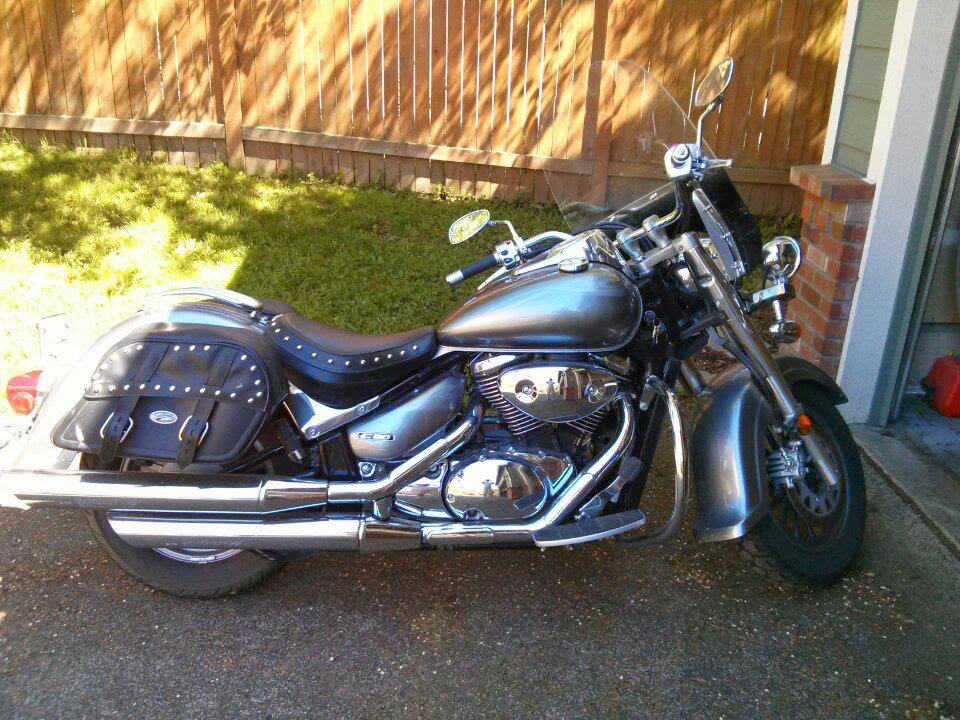 I Thought I'd Decided

For a few years I've been looking to upgrade my bike. I like my 2007 C50C. It looks good. It's fun to ride. It makes me happy. In spite of that it does have a couple of drawbacks mainly around speed and stability. It gets a little too much vibration above 60 mph, and when I'm up at those speeds I feel like I'm pushing the upper end of what it really wants to do. Not that I'm a speed demon, but I don't like to be the slow guy on the freeway. Traffic backing up behind me doesn't make for a comfortable ride. Plus, I've learned that I really, really want ABS brakes. Locking up the wheels when you've only got two is a tiny bit unnerving. I decided I wanted to get on something bigger. Of course it has to be a cruiser. To each their own, but the sport tourer isn't for me. I also want some of the comfort features out of the gate. I'd rather not have to upgrade with aftermarket parts to get my light bar or saddlebags or a seat that doesn't start hurting my tailbone after a couple of hours.

I didn't really want to go for the Harley. It would have been the Road King, if anything, but if I'm going to be some old fat programmer who commutes to work, goes on the occasional weekend day trip, and rides a cruiser I'd like to have some part of that be unique. I'd been watching the Thunderbird for a while and loved it. Twice the engine displacement, the parallel twin engine looks crazy cool, ABS brakes, and (compared to the Suzuki) built in comfort upgrades. Some of the features were optional, but that's ok. I could get them. Later Triumph released the LT version. Out the door with everything. I was sold. Of course, I planned on some test rides (still do) once I get closer to buying...I'm putting that part off because a test ride may push me to buy sooner than I want to...but assuming this rides as well as the reviews claim, I was sold. I'm just waiting to get some priorities out of the way, then the blue and white T-Bird LT is mine.

Along Comes The Chief

Then, one day last weekend, I'm out window shopping for helmets. I'm getting a new one, and I just had to verify sizing before placing my order. We stop in to a shop next door to an Indian dealership. Yeah, we've all seen these. Insanely beautiful, monster power, modern take on America's original motorcycle, bla bla bla. I've always thought of these as more of a curiosity than anything else, but yeah, crazy beautiful to look at. Since I was next door I figured I'd have to drop in and take a look, probably the only time ever, but why not? I walk in and see the willow green/ivory cream two tone, but figure my wife will think it looks silly, so I ask, black or red? She says, "I like that green one." Holyshitholyshitholyshitholyshit...she likes it. I throw my leg over, and sink in to the saddle. More comfortable than the Rocket III or Thunderbird, and the bike is damn near a perfect fit. After wandering around, looking at the bikes for a bit we finally leave. Still thinking this might just be an overpriced status symbol I decided to do a little looking only to learn that all my hard requirements come standard on this bike, along with factory options like heated seat and heated leather grips, I'm a little more impressed. Add to that the fact that this revision of the Chief is built by Polaris, the goofy looking but highly praised "other" American motorcycle, and I'm suddenly faced with a choice. Assuming the test rides come out equal, I'm not at all certain which way I'll go.
c50c indian chief vintage indian motorcycles suzuki boulevard suzuki motorcycles the zen of beer triumph motorcycles triumph thunderbird lt ZenOfBeer