Wanna try some beer? Want some buttons and a sticker?

Stopped in to Wholefoods earlier tonight to grab a few things. While reviewing the beer selection
(lots of choices, but as always, too much IPA), a lady wanders over and asks if I want to try some beer. Hell yeah, I'd like to try some beer. Hell yeah, I'd like some swag (and I catch myself just before announcing to the world I'm a bit of a swag whore). She explains to me that she's a rep from Victory Brewing, a brewery from Pennsylvania. They mostly sell on the East coast, but they're pushing more and more out west. As a side note, I have had some of their brews before, so they're not exactly new in the PNW. Anyway, they've got 4 beers out to try. Prima Pils (a pilsner), Summer Love Ale (a golden ale), Dirt Wolf IPA (another damn double IPA...come on, people, get over the damn IPAs!), and a really hoppy Saison (I don't remember the name, I don't much care. IPA should be IPA. Saison shouldn't be a spicy, slightly fruity IPA).

I tried the ale, I tried the saison. I skipped the pilsner because I just wasn't interested. I skipped the double IPA because seriously people, yes, hops are lovely, but give it a damn rest already. Anyway, I ended up bringing home a six pack of the golden ale.

About the Summer Love Golden Ale 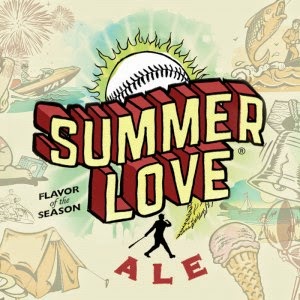 Part of the mythology (and let's use mythology properly in the sense that we're talking about the story of the brewery) around the brewers is that they've been trained by German brew masters. They've learned to create a beer that is clean, clear and crisp. They learned their lesson well.
In this case, the ale is clear and crisp with no off flavors. It is quite nice to look at, golden, clear, with a nice head. It's also not a very big beer, so it's a good beer to sit out on the porch and have a few while being able to keep your senses about you.
With that said, while it's not a bad effort, it is completely taken in by the American (hopefully just American) obsession with IPA. As I've said before, I don't have an aversion to hops. I love hops. However, I also love beer, and beer is much more than a bitter hoppy drink. Done well it should be a complex mixture of flavors produced by the malt, the yeast, and yes, the hops. This ale? When I have my occasional craving for an IPA, this is where I'll go. It is hoppy, not overly so. It isn't licking an angry skunk's ass hoppy, but the first thing that comes to mind when drinking it is hops, and you have to concentrate pretty damn hard to pick something up beyond the hops.
Don't get me wrong, I do like this ale. If I was looking for a summer back porch beer this would compete with a kolsch for my attentions, but it will not become one of those that I just must have when I see it on the shelf.

After the tasting and settling on the golden ale and starting to walk away, the rep asked if I'd like a sticker and some buttons. 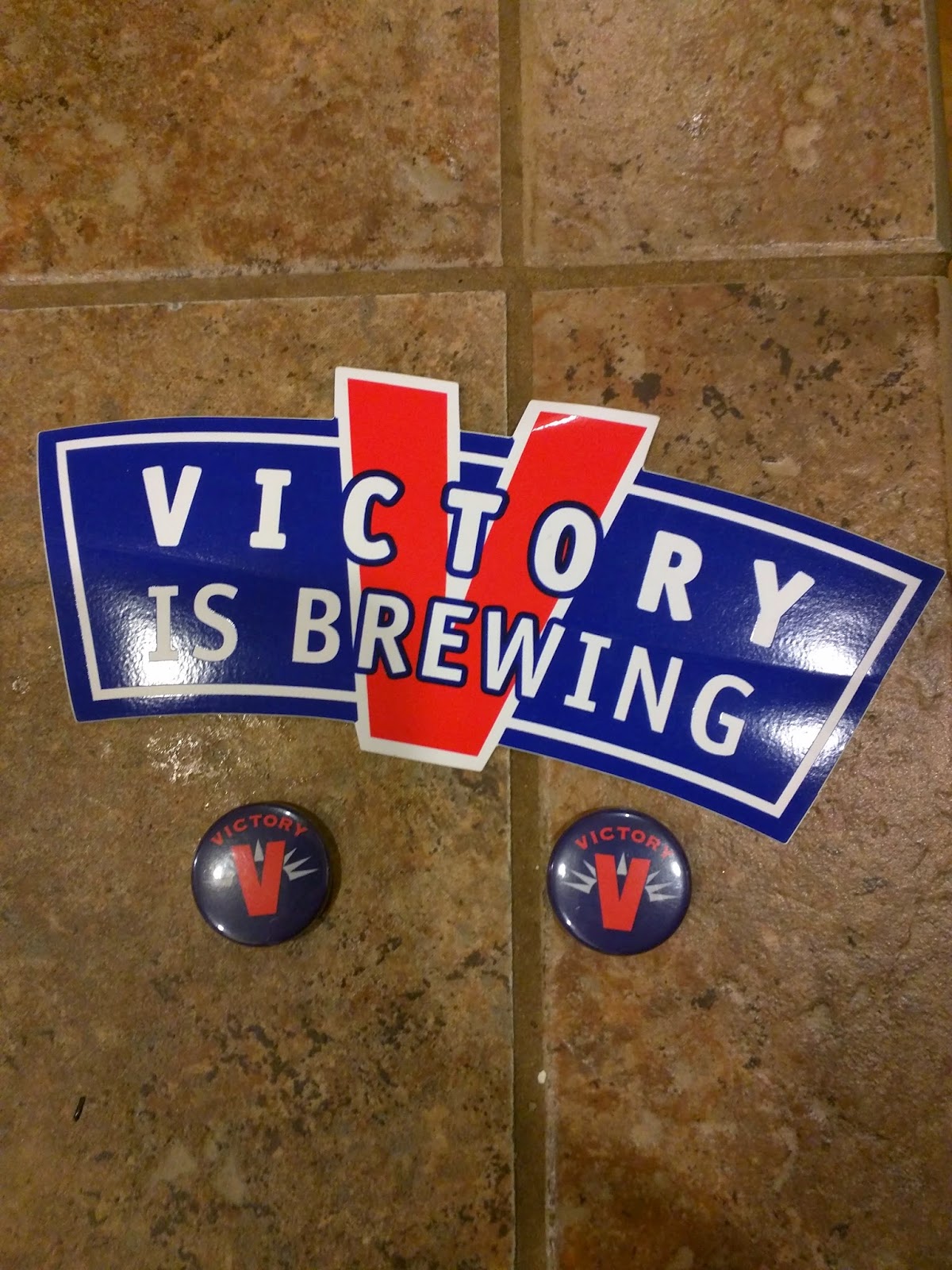 Ummm, yeah... I like swag. Gimme free stuff with your logo, and you've got free advertising. Why? I like free stuff, and I'm happy to advertise for people who give me free stuff with their logo on it. Back in the days when tech companies handed out t-shirts like candy I'd accumulated enough t-shirts to fill my entire wardrobe, and I was happy to not have to go out and buy my own shirts. The point being, I got to taste some decent beer for free (resulting in bringing home a sixer of something completely new to me), and I got a sticker and a couple of buttons.
Overall, it's a win.
craft ale craft beer craft brew Summer Love Ale the zen of beer Victory Brewing Wholefoods ZenOfBeer