SPMC On The ADT-1 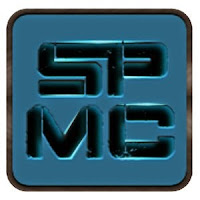 One of the major drawbacks of the ADT-1 is that it seems that as soon as Google launched the Nexus Player, they obsoleted the ADT-1 even though all indications are that it's a superior device. Because of this we can't expect out of the box support for full casting, we can't look forward to new updates, basically the device is frozen in time. Yes, it is possible to root and tweak some settings to enable casting, but it still kinda sucks.
Anyway, the lack of full casting support kind of limits the usefulness of the device for me (until I get around to fixing that), plus I see one of the benefits of Android TV over a Chromecast is that I don't need to always have my phone or a tablet around if I want to use it. I got bored the other day while sitting in front of the TV, and decided to look around and see if there was a decent DLNA player available for the ADT-1 through official channels. Yes, I can sideload something, but I was sitting in front of my TV and didn't feel like getting up.
One of my searches was for XBMC (which you know is awesome if you've used it) on the ADT-1, and that brought me to an article about the SPMC fork of XBMC. I read a little, learned about how to get it on to the device, but if you'll remember I'm in front of the TV and don't feel like getting up, unplugging things, and going in the other room to attach to my computer. Instead, I browsed over to the Google Play Store to see if the app supported the ADT-1 yet. I didn't read anything, just clicked the install button and targeted both of my ADT-1 devices and went about my business of lounging on the couch.
Now, if you're familiar with push installs from Google Play, you may notice the issue with the last thing I said. SPMC is not supported for the ADT-1 in the Google Play Store, but I was able to target my device for an install. Anyway, a few minutes later SPMC was doing an OTA push install to one (only one) of my ADT-1 devices. I've tried off and on several times to reproduce this Google Play Store bug so that I could do a push install to my other ADT-1, but no joy so far. However, I do have a successful and usable SPMC install running on an unrooted ADT-1. Seriously. And it was more than just the one app. After SPMC I went and did a push install of Chrome on to my ADT-1. It's there, it launches (if you use another launcher like SPMC, for example), and it's difficult to control. Neato bug that I cannot reproduce.
After all that, I can say that it runs extremely well streaming music and video over my WiFi from my Plex Server. Granted, the UI isn't quite as polished as the Plex client app, but it's still very nice and suddenly turns my ADT-1 developer device in to a device that meets all of my (so far) media player needs.

I dunno. I'm done killing time. Back to watching Netflix while hoping I'll be able to walk tomorrow after my leg workout this evening.
ADT-1 Android TV kodi spmc xbmc