Back Again, And Annoyed By US Cell Carriers

The move is complete...as in "we're out of the old place, in to the new place, and will be living out of boxes for who knows how many years." My plan is to get back on this thing and pump a little something out there every day.
As part of the move there's always shopping for odds and ends, home furnishings, and all sorts of other whoknowswhat. To that end, we ended up at Ikea (we're huge fans), and decided to pick up a couple of

their wireless charging pads. We dragged them home, and the geek that I am, I set to work seeing what we could do with them. I set mine up on my night stand, plopped down my Nexus 6, and after futzing around a little bit, my phone started charging. As a new-comer to using this technology, let me say that this was really cool to watch. My phone charges because it's sitting on this little wooden disk. Neato. Anyway, on to my wife's phone. She got hooked on the LG G2, couldn't be convinced to make the jump to a giant Nexus, and decided to go with an LG G3. I'd done a little looking a while back, and when I'd seen something saying that the LG G3 supported wireless Qi charging, I went with that. Of course it's supported, right? 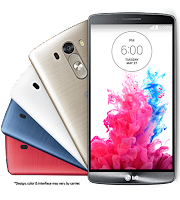 After a bit I decided to do a bit more research and learned a little something. Yes, the LG G3 supports wireless charging. In some areas, such as Korea, wireless charging is supported out of the box as in you open the box, plop the phone down on a charger, and away you go. You're up and charging. Turns out that things don't work quite so smoothly with devices purchased through American cellular carriers. Turns out that the American version of these phones comes with a battery cover that does not have the contacts necessary for wireless charging to work. Why? The common consensus seems to be that this is so that the carriers can sell you (for the small fee of $50+) a special version of the smart window case that replaces the battery cover, and has the contacts needed to support the wireless charging. Well, we'd already bought her the version of the smart window case that doesn't replace the battery cover, so we really weren't up for buying a new one.
Luckily there's a seller on Amazon that sells a standard battery door with a replacement sticker that you can just pop on to your phone. This one has the contacts, it's pretty cheap, seems like an ideal solution. Naturally, nothing ever quite goes as planned. The case showed up, and it doesn't work. Oh, well, the seller has been very good to work with. I shot off an email explaining the issue, and I was supplied with the tracking number of the replacement shipment the very next day. Fingers crossed that the second time is the charm.
Anyway, U.S. cell carrier assholes. I'd have purchased the smart window case even if the phone supported wireless charging out of the box. You'd have gotten your accessory tax out of me in either case, but you pull this garbage to force the issue? This is just one of the many reasons that people consider the definition of a "good" carrier to be "not as bad as the others."