How useful is a developer without a computer?

I'll tell ya. Not useful at all. I suppose I'm not totally disconnected. I've got my Nexus 6 that I can use for my email and calendar, and if I really want to go all the way I can launch the company chat tool on my phone as 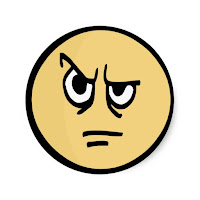 well, but you know what I can't do? I CAN'T WRITE CODE!!
Ok, that's a bit of an exaggeration. If I really wanted to get ambitious I could do the JavaScript stuff on my phone, but #1 I don't want to, and #2, I'm a manager so I can make someone else get all ambitious like that for me. I suppose if I want to be really accurate I'd say my ability to write has been reduced to the point that it appears virtually impossible. What ever.

What happened? WHAT HAPPENED!? I'll tell you what happened. A month or so ago I started having some application problems. The most noticeable issues were around Chrome, Visual Studio, and Outlook; They'd freeze requiring a forced shut down, or just have terrible performance. Not long after I started getting notifications that I was running out of disk space on my system drive, and from time to time disk errors on boot. I finally gave in and sent an IT request with my complaints, and a request to just give me a new computer. I've had the old one for a little over 2 years now, so that didn't seem terribly unreasonable.
My response? Well, there were a few.

"Your machine is still under warranty so we can't replace it." Along with instructions to delete as much off the drive as possible. #1, can't replace it because it's under warranty? I kinda thought that's what under warranty meant. Things go bad, we'll replace it. #2 No shit? Someone running out of disk space should delete files? Oh, wait, that was the first thing I attacked after realizing I had too much garbage on my hard drive.

Tech support pops up one day in the chat window to repeat the previous instructions. It's like they forgot about the whole disk error thing. They're obsessed with asking me to delete files. Anyway, she popped up with instructions, and went away.

Tech support pops up again, and wants to remote in. The upside is that this time she informs me she's put in an order for a new hard drive and more RAM, so I'm feeling hopeful. So, she starts the remote session and runs through the Disk Cleanup utility. Ok, fine, she bought me 2 gigs out of some used up 100 gigs or so, not enough to shut off the disk space warning. Next up, she starts running compression, sees that it's saying it'll take 14 hours, stops the compression, and suggests that I run the compression overnight. Then she ends the remote session.
Since I'm facilitating a very important meeting, I decide that I can now go back to writing a little code because I'm not the least bit engaged in the meeting anyway, but as I go to launch my tools I notice that several of the icons in my task bar are suddenly unable to find the target programs. Weird, I say (yeah, actually I said that...A couple of people looked at me and probably thought the same thing...). My response? Well, I'm on Windows. Naturally, I'll reboot. The machine starts coming back up, flashes some startup screen indicating it's going to do a file repair, and then promptly tells me that the machine is locked and I'll need to enter my Bitlocker recovery key to prove I'm me.
It looks like I'll get to find out how useful a developer without a computer can be.