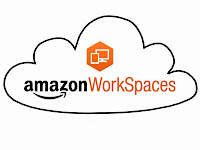 When our group began looking at how we can move our environments to the cloud, I had a thought. In most of my personal computing I'm working from a phone or a Chromebook. When I need to do something that one of these devices can't handle, I'm opening a remote session to my personal desktop. From there, I've grown accustomed to working in the smaller screen, and smaller monitor. It works, I'm plenty productive. No, I don't get my 3 monitor setup, but I'm getting by without any pain to speak of. What if I could do the same thing in the office? I've already given up carrying around my laptop to most meetings, because it's heavy and the 40 to 60 minute battery life makes it useless beyond the first meeting of the day. I do most of my stuff on my phone, but I could often use the bigger screen, keyboard, and ability to project over HDMI from my Chromebook. What if I could just use a cloud VM for my "real" computing, and do the rest of my work from one of these light weight devices with a better battery?

In comes Amazon Workspaces. Just in case you're bored with my writing, I'll give you a preview of my conclusion:
It's a no-go for me, and my team.

What are the benefits?

So, on the surface, this looks like a pretty good idea. Amazon provides an environment that is designed for various computer environments. You open a remote desktop session, and interact with a computer in the cloud. Performance is good, there are multiple configurations to choose from, and you have access to this thing from anywhere you've got internet access on any device you might have at hand. Sounds great, right?

What is this thing in practice?

For me, everything else was downhill.

We did a little quick math. My organization pays $X per Lenovo desktop. I know the retail price, I'm sure the corporate price is much better, but I'll just look at what I know. Anyway, we pay $X to buy a dev laptop. Amazon, annually, charges more per dev box image subscription. Sure, it's not more per year, but it's that same price every year. I've been working on my current laptop for three years. Going through Amazon, my organization would have had to purchase the same laptop at a slightly higher price, 3 times over.

Ok, so, if my company is willing to pay the dollars, who am I to argue? The specs on the image are much more of a problem. 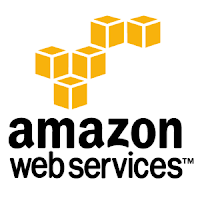 I went home, and tried to set up my dev environment on one of these things. I installed IntelleJ. So far, so good. I installed Webstorm. Moving along nicely. I started to install Visual Studio. Out of disk space. For all installs, I took the default system drive install paths. Doing that on a Windows box, I don't even have enough space to install the tools that I use in my job. Sure, I could redirect installs to the larger (100GB) D:\ drive. There is enough space for the tools. However, I have a handful of large code bases and other work related documents. Based on my current physical laptop, I happen to know that this isn't enough space for my tools and files to coexist.

As I mentioned before, this thing is a no-go for me. Does it perform well? Can I access it anywhere? Is it stable and reliable? Who cares? If I can't run the tools I need, if my devs can't run the tools that they need, there's no need for further conversation.