Seattle People, It's OK To Admit You Hate The Sun

It's That Time Again

Here we are. That time of year in the Pacific North West that seems so oddly out of step with the 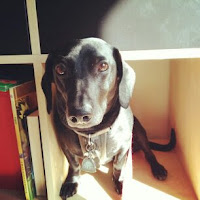 American seasons. That time of year when, suddenly, the dark clouds part, and a blinding golden ball of fire threatens to rain down burning death upon us all. Over night we go from a calming 60° to a hellish 80°.
How does the Pacific North West respond? They sit in the office gushing about the beautiful weather. They jabber on in the grocery store about the warmth. Bla, bla, bla.
But the words are nothing more than a lie. You can see the truth by simply commuting to work. When this time of year hits, people change. They change from polite, standoffish tree huggers to aggressive rage monsters behind the wheels of their Volvos and Subaru Wagons and Teslas. They yell. They honk their horns. They gesture obscenely for no apparent reason. They turn in to the minds behind four wheeled projectiles that lock on to motorcycles and try to take them out.
It's not limited to the drivers.

The runners. The bicyclers. During our normal weather they go out in their jackets. Maybe they smile. Maybe they move along with a peaceful glaze in their eye. They exist as one with the blackberry bushes. Now? They may dress in their shorts and tank tops, acting as if they are drawing life from the sky, but their faces...It's as if they've bitten in to a bitter chunk of carob when they were expecting rich, creamy, milk chocolate. A mix of disappointment and revulsion, with just a touch of despair. Almost as if they believe that the cool green will never reappear.

I'M FROM THE PACIFIC NORTH WEST! I HATE THE SUN!