Google Making Me Good At Stuffs?

So, a while back Google announced a feature called "Google Calendar Goals." An interesting idea that
would let you enter in some goals that you'd like to achieve, roughly how often you'd like to practice those goals, and roughly when you'd like to practice those goals. Then, using Google's magical learning algorithms, the tool would look at when you "defer" the goal and when you mark the goal as "complete." Based on that information, Google then works out the best time for you to work on the activity. I have a few things I'd like to get better at, so I thought I'd give this thing a try.

How do I use this thing? 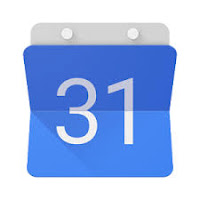 It's pretty simple, really, download the google calendar app on your phone (if you've been living under a rock and don't have it already), click the little + button in the lower right, and choose goal. You'll be presented with a few canned options, like "learn a new language" or "learn to code" (this can be a little embarrassing if you're a professional coder and just trying to learn a new programming language, so avoid letting people see that one). You can also plug in your own custom goals.
Next you'll put in your scheduling information, and schedule the thing. When the time to work on the goal comes up, you'll either go do it and mark it as done, or you'll defer it till later.

After a good couple of months working with this thing, I can say that I haven't found it to be particularly effective. It's a neat idea, but it still requires that you have the dicipline to act on the event when it comes up. I have to admit that I haven't been all that good at doing that, and to date, this has mostly turned in to a scheduled task that I routinely ignore. I like to think that I'll get better at it, so I'll leave it around for a while. If this thing suddenly clicks, though, you'll know because you'll suddenly realize that I'm fluent in Swedish, have a couple of Node JS sites live and functioning, play guitar like Eddie Van Halen, and be up to date on blog posts that actually have a bit of content beyond just some reposts of my Instagram stuff :)