Showing posts from April, 2018
Show all

#wallclock #zenofbeer ZenOfBeer On Instagram Keeping things alive on the blog with some things, until I get back around to actually writing my backlog of posts. Enjoy :)
Post a Comment
Read more

April 28, 2018
Later that same day... Finally got Crouton installed. Got Java installed. Went off to look for Android Studio...it's not supported on my hardware. Experiment done.  I don't need the obnoxious beeping and security warnings every time I restart the thing, so back to the stable mode, it is.  Looking for a usable dev box So, I've recently purchased a Pixelbook. I know this thing has more than enough power to handle development work, should I desire to install Crouton. However, I do not desire to install Crouton. For this device, I'll wait till I can get Crostini installed and running.  I also have a fairly beefy home computer, but I share it with my wife and daughter, so using that for dedicated development time is difficult.  I have some old laptops...don't even go there. They take 10 minutes to boot, and once booted, are incredibly slow.  I have access to my work laptop, but the fact is that even working from home, I don't really need it, so it an
Post a Comment
Read more

April 27, 2018
Sometimes I can't respond quickly enough to change... I've been using Google Inbox almost since the release. I love the features, the ease of use, readability, and the list goes on. It's just great.  Over the last couple of days Google made some significant updates to Gmail, so I thought I'd check it out. On the plus side, I like the additional features. On the minus side, It's gonna take me a dedicated week or two to remember how the damn thing works.
Post a Comment
Read more

iRig AND THE Gorilla 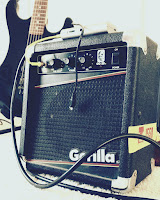 iRig UA and the Gorilla Amplifier Gorilla GG-20 Years ago I used to do a little guitar playing. I played with a couple of friends in high school, after graduation I played with some different friends, did a short stint as a bass player, and somehow never became famous. After a while I got into having a real life, and being a musician became less of a priority. For a long time I completely stopped playing. After dragging my equipment around for years I finally decided to start getting rid of some of my old stuff. I got rid of a couple of amps, and an effects rack, but I could never bring myself to get rid of the guitars. I just kept them around so that I could look at them and feel guilty for not playing. Then, one day it happened. I started to get the bug to play again. I'd pick up a guitar, play a little bit, but it wasn't all that satisfying. Although it's technically possible to play an electric guitar without an amp, it's just not all that fun. Time to buy
Post a Comment
Read more

Plex and Cutting the Cord

Cutting The Cord dualHD TV Tuner For quite a while now, we've been using the free version of Plex . If you haven't heard of it, it's a media library/server that you install on your home computer. It organizes your media library, and Chromecast you can access any of your shows/music/pictures from anywhere you like. Really cool, really simple to use, and it runs free on top of your existing infrastructure. They also have a paid service (subscription based, or a one time lifetime purchase) that gives you access to a few cooler features. One of those features is an over the air DVR and live TV program manager. This, naturally, requires that you buy a few more tools, so I haven't really been interested in trying it out. using a phone client or a device like a Recently, however, we stumbled across an all-in-one kit that seemed like it was worth trying.  Cordcutter Bundle: HAUPPAUGE WinTV-dualHD TV Tuner + Mohu Leaf 50 Antenna + Plex Live TV & DVR – model 1662
Post a Comment
Read more 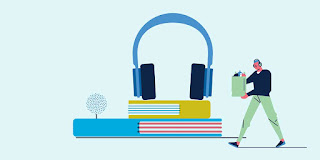 Finally - Audiobooks on Google Play I've bought into the Google ecosystem. I'm all in, paying for the family plan to get Play Music All Access, YouTube Red (I admit I'd never pay for this on it's own, but whatever), Google Homes, Pixelbook, I'm all in. One major feature that has been missing for me is Audiobooks. Google Play Music is not an acceptable alternative. Yes, it will store your track position...Only on one computer, and only until you listen to another track or playlist. It won't differentiate between books and music, so if you've got a shuffle of your collection going on you might go from Iron Maiden's Powerslave right into chapter 18 of Stephen King's The Stand. So imagine my excitement when I start seeing the headlines: Audiobooks coming to Google Play! Finally, the day arrived, and I got to check it out. I went out, used some Google Play credits, and bought me a book. Since then, I haven't seen all that much in the media about
Post a Comment
Read more 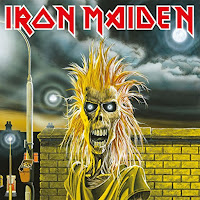 Updated 4/28/2018 - Periodically I'll update as this particular collection grows...Today, we'll add Somewhere in Time :)  Having a few days to kill Yesterday I had to have a procedure done on my shoulder. Maybe I'll get into this in another post, maybe not. In any case, it's given me a few days off of work with nothing to do but take some pretty decent pills.  With that in mind, I've gotten it into my head that I need to do a couple of projects. First, binge watch some 90's TV shows; Second, collect some data here where I hope to have a relatively stable place to store it.  Give me an hour, or so, and I'll probably be off to some other fairly pointless exercise.  Building a collection...again I got into building my music collection in the 80's when cassettes were the thing. I still have quite a few of those items laying around, but that medium was an obvious dog. Tapes were very fragile, prone to damage, and frequently degraded simply by s
Post a Comment
Read more
More posts