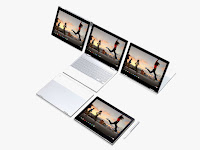 For those who use and care about Chromebooks, the introduction of the ability to run Linux apps is pretty old news. I'm still waiting for the ability to debug Android apps locally, but my experience with Android Studio has overall been pretty damn good...Yes, there is the occasional system lock up that seems to have something to do with video drivers, but Linux support is still in beta, so I'll give them a pass for now. 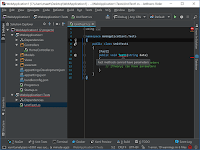 Anyway, last night I decided that I wanted to give C# a shot. I went out and installed the Mono runtime, and Jetbrains Rider. Great IDE, a look and feel that I'm used to, a couple of different unit test frameworks come along out of the box, and I really wanted to like it. At first, things were going ok, but about an hour in and the unit test runner could no longer attach.
No, I didn't try to troubleshoot in any meaningful way, I just got annoyed and removed the tool.

Next up I went and installed MonoDevelop. Wow. Never run this before, I didn't know what I was getting into, and right after the package that Rider presented, MonoDevelop really was a let down...but it works, and so far it seems to work really well.
Chromebook google jetbrains mono monodevelop pixelbook rider